The latter should make it possible to guarantee better 5G coverage, especially in most regions of the Americas. The responsibility is therefore heavy for Luxembourg companies.

The latter should make it possible to guarantee better 5G coverage, especially in most regions of the Americas. The responsibility is therefore heavy for Luxembourg companies.

Thanks to Luxembourg and its two satellites, the US will be able to benefit from increased 5G coverage across its territory. Does it seem vague to you? Let’s go back to the beginning: as we know, Luxembourg wants to be a pioneer in the space sector. The country is home to the European Satellite Company (SES). The Luxembourg company is none other than the world’s leading provider of satellite telecommunications services with a turnover of over 2 billion euros.

This voluntary contribution from the Luxembourg Defense Directorate to the Center amounts to 1.5 million euros and constitutes the financial support allocated for the purchase of photographs.

The company, based in Betzdorf, has a fleet of more than 70 satellites in geostationary orbit (which rotate at the same time as Earth, ed). These satellites broadcast approximately 8,500 TV and radio channels, including several thousand in high or very high definition, to more than 361 million homes worldwide. In short, despite the reduction in turnover linked to the health crisis and the start of a major restructuring a few years ago, the company, in which the state is also a shareholder, is a particularly important player in the market.

Not for nothing that SES collaborates with SpaceX. It is actually the launcher of Elon Musk’s company that has been used on several occasions to put various satellites into orbit that are planned to replace American telecommunications spectrum capacity.

And it is precisely in this context that two new Luxembourg satellites will be launched this Tuesday. “Yes, the Atlas V (the space launcher responsible for putting satellites into orbit, editor’s note) will carry Luxembourg’s satellites SES-20 and SES-21 on Tuesday. Take-off will take place from Launch Complex 41 at the Cape Canaveral Launch Base in Florida,” explained SES Communications Manager Irina Duzic.

As explained at the beginning of the text, these satellites should make it possible to extend the 5G coverage of the American region. “The launch of these two satellites is part of a larger program by the US Federal Communications Commission (FCC) to free up some C-band spectrum to allow wireless operators to deploy 5G services across the US (all American states). Except for Alaska, Hawaii and other foreign territories, editor’s note)”, continued Irina Duzic.

Luxembourg’s law on space resources is five years old, but it has not yet been used. Investment will take time to pay off.

Basically, in response to a request from the FCC, satellite operators like SES will have to shift their existing services from the lower 300 MHz to the upper 200 MHz of C-band spectrum to make room for 5G. “To do this, SES must launch five satellites – to migrate customers to the new satellites so they can seamlessly deliver television and radio services to millions of American homes and provide other services. Data transmission is essential. The first of these satellites, SES-22, was launched in June and is now operational. The next satellites are SES-20 and SES-21. In other words, thanks to Luxembourg and SES, Americans will be able to enjoy a quality telecommunications network. 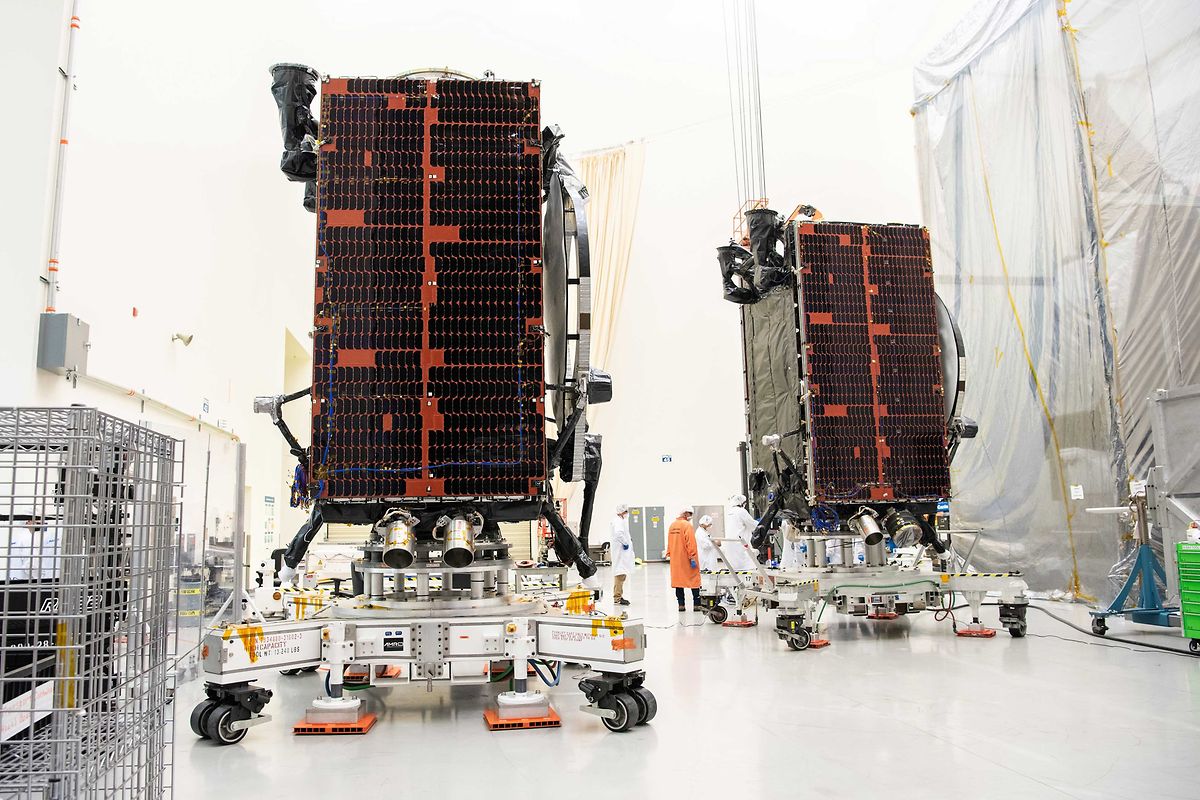 The launch of these two new satellites is therefore scheduled for 5:36 pm EDT, which corresponds to 11:36 pm CET (Luxembourg time). Live coverage of the launch will also be available on Ulalaunch.com and YouTube (see below). A few minutes before the launch broadcast will begin. So if you want to join Luxembourg’s next space tour de force, don’t go to bed yet this Tuesday evening.

360 video is not supported. Watch 360 videos on the Youtube app.

on the same subject

Following the first call for applications, the European Space Resources Innovation Center (ESRIC) has selected just five start-ups that will begin their pre-incubation in April 2022.

The government renewed the license for 20 years, allowing the satellite operator to operate the solution using Luxembourg frequencies. Above all, the state authorizes the launch of a fund specific to firms dedicated to innovation.

If the tension begins to rise before the launch of the government satellite (GovSat 1), next Tuesday evening Luxembourg time, the living forces of the European Satellite Company (SES) are focused on another goal: it is tonight (afternoon) Guyana) that will be launched SES14.