A Lod resident – threatened by her ex-husband – has been placed, against her will, in a protective home after a Rishon Legion court judge ordered.

The decision was taken after a woman was shot dead in Lode last week, who was also threatened by her husband.

However, the court’s decision drew criticism from an anti-violence lobby group and a female leadership candidate in Meretz, who said the ruling violated women’s rights.

Get our free daily edition by email so you don’t miss any of the best news Sign up for free!

He was taken to a safe place at a police station, where he spent the night, refusing to go to a shelter.

Despite repeated requests from a social worker and the police, she refused all other offers of protection.

After deliberations, Judge Menahem Mizrahi of the Rishon Legion Magistrate’s Court ruled on Saturday that the woman be transferred to a protective home against her will due to threats to her and her four children’s lives.

While acknowledging that ordering the woman to stay in a shelter was a violation of her rights, Mizrahi noted that people who threaten a woman’s life may also harm her children.

Mizrahi said the decision was also to protect her children “whose voices are not heard; There is a fear that those who put his safety at risk may also put them at risk.”

“It is not easy for the court to make such judicial and paternalistic decisions, but the sanctity of life comes first,” Mizrahi said.

“In such cases the court has to take responsibility. It is not a legal decision, but a decision that comes from the heart,” he added.

A man suspected of making the threat was arrested, questioned and placed under house arrest.

The suspect has set the woman’s car on fire in the past, according to Kahn’s report.

The woman was ordered to stay at the shelter for three days, but at the request of her lawyer, the judge agreed to delay the execution of the order until Sunday, allowing her to appeal the decision, reports Haaretz.

The victim’s lawyer, Shadi Kabaha, said: “With all the goodwill of the court and the police to protect the accused, the solution cannot be to trample on his rights and deny him his freedom. »

“It is unacceptable to detain a victim and force her to stay in a shelter against her will, when those who threaten her move freely,” Kabaha said.

The Israel Police said in a statement that they are “investing a lot of effort using all the means and tools at their disposal within the framework of the law in order to protect human life.”

However, former Meretz party leader Zehava Galon, who is making a comeback with the aim of taking over the leadership of the party, has strongly criticized the police.

“The role of the police is to protect women, not to imprison them,” Gallon said. “It is unacceptable that they imprison the woman instead of putting the potential killers behind bars.” 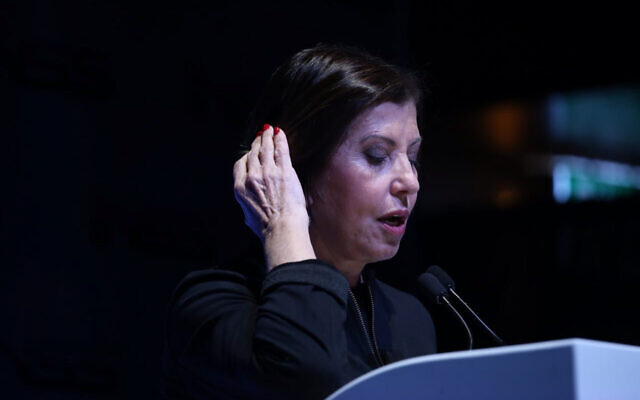 Zehava Galon, then leader of the Meretz Party, speaks at the annual international conference of the Institute for National Security Studies in Tel Aviv, January 31, 2018. (Flash90)

Vardit Danziger, head of the organization No2 Violence, said in a statement that “a shelter is not a prison, it is a place of protection and rehabilitation for women living with domestic violence. »

He acknowledged, however, that if a woman refuses to enter a shelter, even if she is aware of the dangers she faces, “she cannot be forced, and certainly not by order. [du tribunal] And noted that rehabilitation from an abusive relationship can only happen when a woman voluntarily enters a shelter.

“Law enforcement must internalize that their responsibility is to punish abusers, arrest them for extended periods of time as part of victim protection and not release them after a few days,” Danziger advises.

Rabab Abu Siam, of Lod, was shot dead as his two-year-old daughter played on his lap in a fatal domestic violence incident last week.

Abu Siam was recently divorced, and according to relatives, her ex-husband repeatedly threatened her and forced her to flee the city. 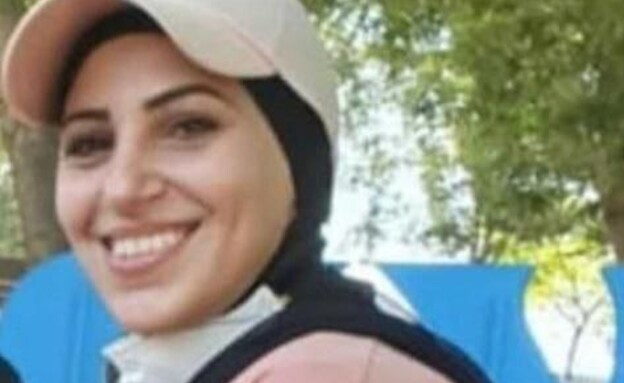 Activists have long complained of insufficient measures to prevent violence against women in Israel, particularly in cases known to the authorities.

June was the most violent month of the year for femicide, with four deaths in ten days, according to researchers at the Israel Feminicide Observatory (IOF), affiliated with the Hebrew University.